Plaid Cymru MS, Sioned Williams has called for immediate action to be taken to remedy “deep environmental scars” during a debate in the Senedd on coal tip safety. 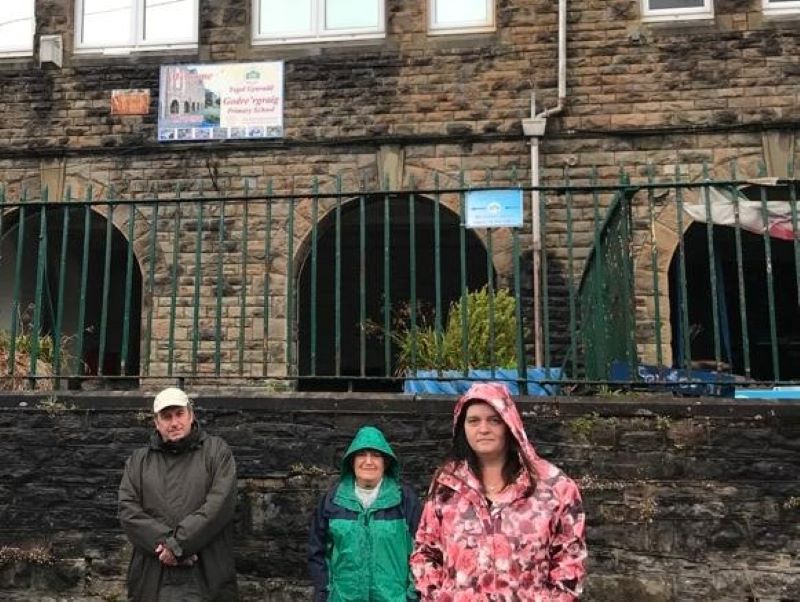 Sioned Williams, who represents the South Wales West region in the Senedd, highlighted the impact that other types of tips can have on post industrial communities, and drew attention to a quarry spoil tip in Godre’r-Graig in the Swansea Valley.

“Our industrial heritage has helped shape our nation, but for everything it gave, it took – a legacy that equally inspired and injured, that built lives and communities but has left chronic health conditions, persistent poverty and deep environmental scars.”

“In Godre’r-Graig for example, the threat from a quarry spoil tip has been a source of anxiety for the local community . Since 2019 the children of Godre’r-Graig Primary School have been educated in portakabins in a school miles away from their village, often without the provision of hot meals, due to the councils assessment of the risk of the tip to their school.”

“Many communities in my region live under a similar shadow. They live in fear every time it rains. But this is not a simple safety issue – this is a matter of historical, social and climate justice.”

Across the South Wales West region – an area that covers the local authorities of Swansea, Neath Port Talbot, and Bridgend – there are more than 900 disused tips, with over 600 of them being within Neath Port Talbot.

A report provided by the Earth Science Partnership – who were commissioned by Neath Port Talbot Council to inspect the site in Godre’r-Graig – identified a medium level risk for the quarry spoil tip near the school. The investigation found that if the stream became blocked as a result of a severe weather event, there was a possibility that water levels and pressures in the tip could induce material to flow downhill.

“Pupils and staff have been uprooted from the Godre’r-Graig School site to ‘temporary’ accommodation for at least 5 years - until a proposed ‘Super School’ is built, which is totally unacceptable.”

“There is obviously a huge cost to making tips safe, but the cost of inaction would be far greater and these tips, such as the one in Godre’r-Graig are already causing huge upheaval and disruption to communities - communities which have been the bedrock of Welsh industry and have paid a high enough price for that through the generations. They deserve to be safe, and they deserve remedy. Not the loss of their village school, the heart of their community.”

Following the debate, the Senedd overwhelmingly voted in favour of an amended Plaid Cymru motion noting the impact climate change will have on tip safety, calling for action to be undertaken to make tips safe and that the UK Government should provide the necessary funds. The motion also called on the Welsh Government to publish a plan of action to help regenerate areas surrounding tips and that future tip management and reclamation are informed via engagement with affected communities.