Sioned Williams, Plaid Cymru MS for South Wales West has called for innovative thinking when it comes to strengthening bus services across the region following a survey she launched during September’s Catch the Bus Month. 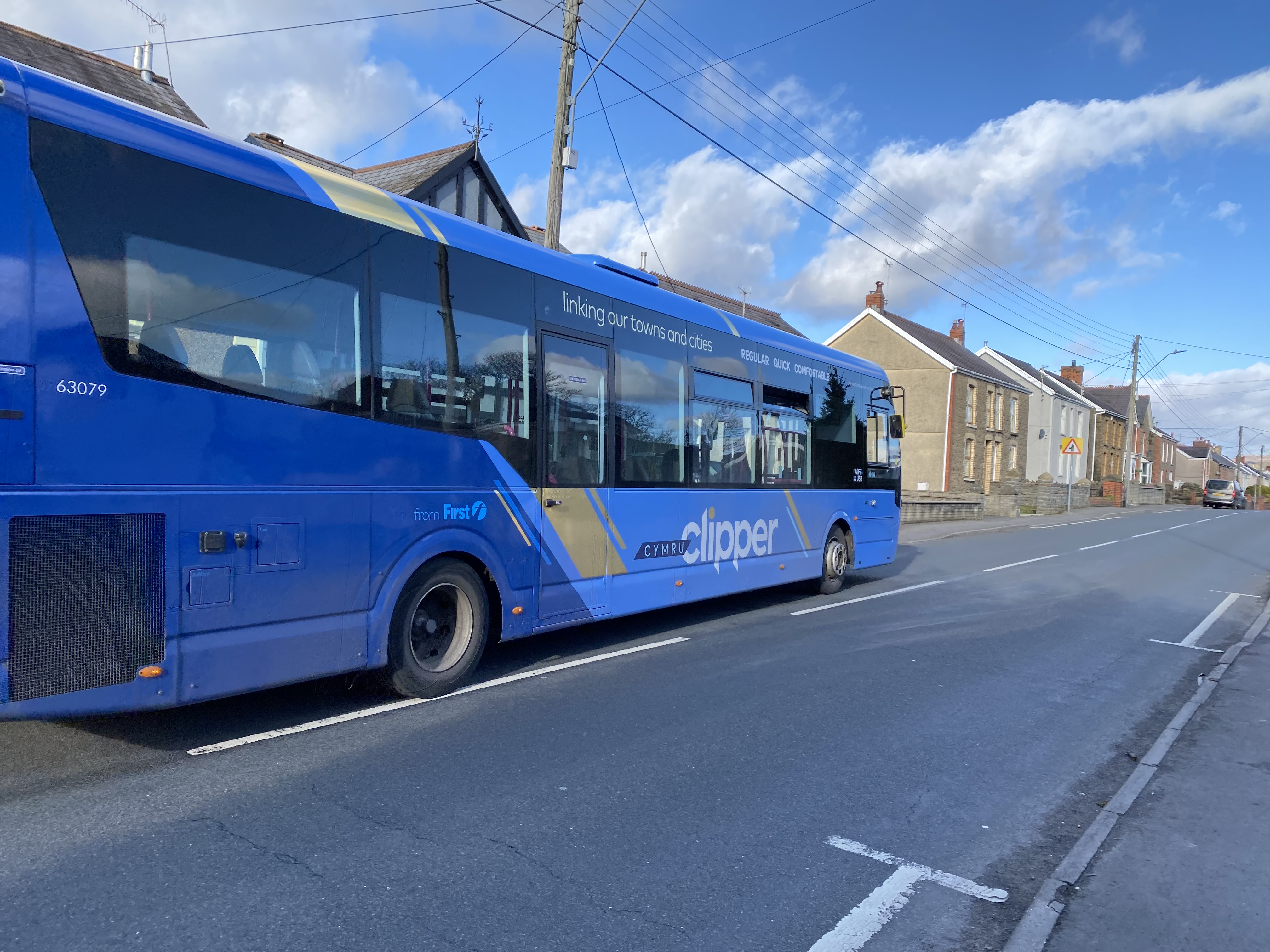 Organised by Bus Users UK, Catch the Bus Month is a campaign to raise awareness of the contribution bus services make to the lives of many millions across the UK and the role they play in tackling the climate emergency by reducing carbon emissions. To correspond with this we crated a survey to cage peoples opinions on the Bus service in the South Wales West Region.

Over 110 people from around the region responded the short survey, the majority of whom reside in the Neath Port Talbot county borough.

Over 75% of respondents used bus services regularly, with 77% not happy with timetables, 70% saying the cost was too high and 65% saying they were displeased with the routes on offer. Over 90% said they felt safe on the bus all or most of the time. In a question asking people what they use buses for, 5% said visiting friends and family, 11% said commuting to work or education, 30% said visit essential services, 21% said other while 32% answered with all of the above.

“Unsurprisingly, the message that came through loud and clear from survey respondents is that they want frequent, affordable and reliable bus services that help them to meet their transport needs.”

“While it is reassuring that so many feel safe on the bus, the proportion of people who have a negative view on routes, timetables and costs hints at the difficulties facing bus operators and public bodies and the innovative thinking required to build more sustainable bus services.”

“Plaid Cymru have long recognised buses as a vital part of our transport infrastructure. As part of our recently announced People’s Plan to support people through the cost of living crisis, we called for certain fares to be capped. This would provide some relief to the many thousands of people who rely on buses to get to and from education, employment or essential public services. In recent years, we have also called for the expansion of free bus travel for young people – something that many people raised in response survey.”

“With around a quarter of bus users having a long-term illness or disability, many unpaid carers relying on bus services, and 80% of regular bus users not having an alternative method of transport, building and maintaining sustainable services in all of our communities is a matter of social justice. We cannot tolerate a situation where people face either isolation or inflated costs just to access the things that many of us take for granted. I will be reaching out to the local authorities, service operators and others in the coming days to discuss the work they are doing and what more can be done.”

Earlier this year, the Welsh Government published a white paper – One Network, One Timetable, One Ticket – that outlined an approach to reforming the way bus services operate. In the Ministerial foreword, Deputy Minister for Climate Change Lee Waters MS referred to buses as “the backbone of our public transport service.”.

The issue of reducing transport costs for young people is something that has cross-party appeal, with both the Welsh Liberal Democrats and Welsh Conservatives at times calling for free travel for those under 25. Recently the Future Generations Commissioner included free bus travel for young people in her five policy ideas for tackling cost of living long term.

For more information on Catch the Bus Month, visit bususers.org/catchthebusmonth/