Plaid Cymru Member of Senedd for South Wales West, Sioned Williams today joined a picket line outside Morristion Hospital and was in Neath Port Talbot Hospital last week, where nurses are calling for fair pay and conditions as part of a nation-wide strike by the Royal College of Nurses union. 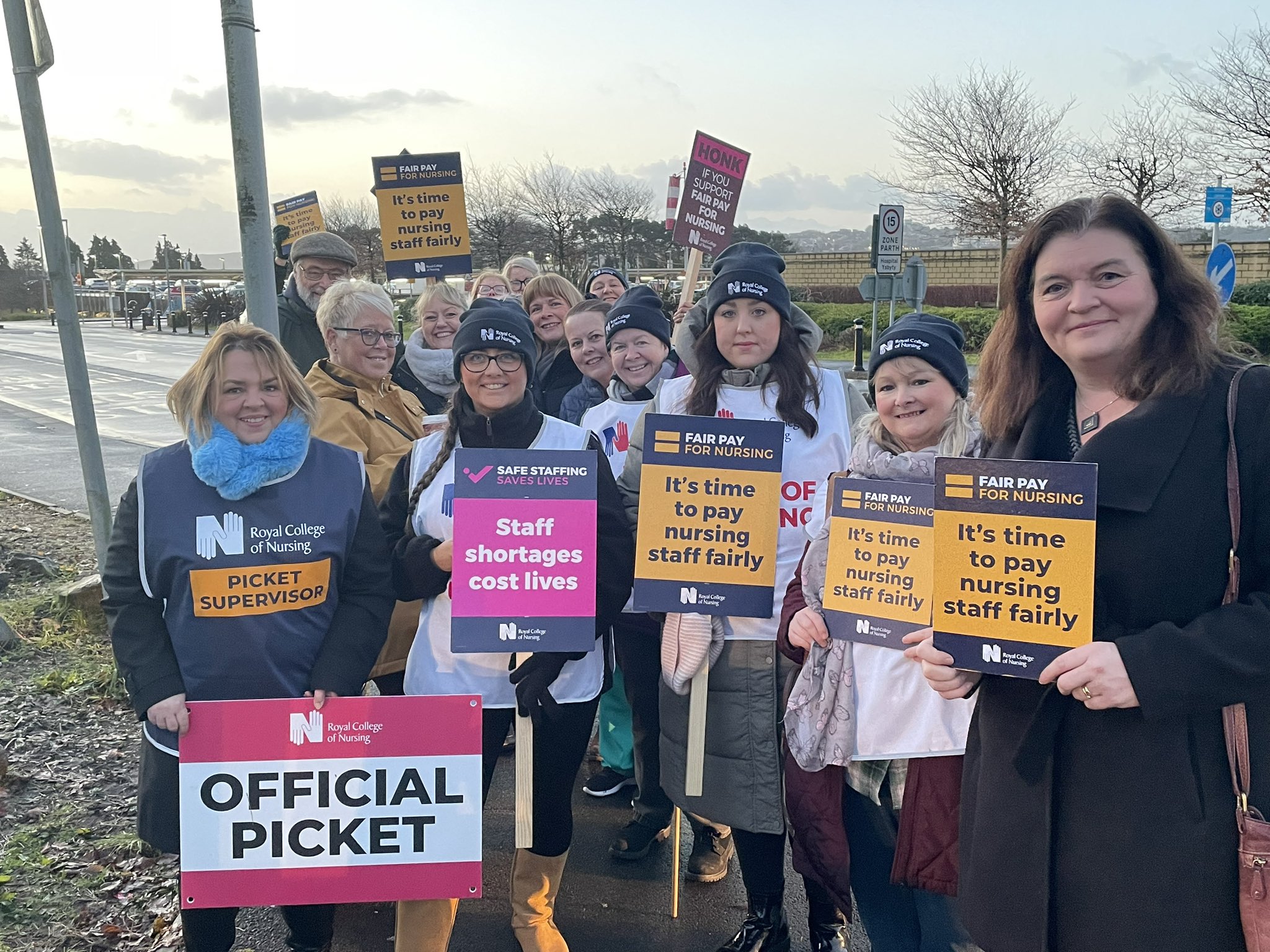 RCN Wales remains in a pay dispute with Welsh Government since October 2021 over its 3% pay award for NHS Wales nursing staff. The union are calling for a pay award that goes 5% above inflation to rectify the years of real-terms pay cuts that are pushing people out of the nursing profession and putting patient safety at risk.

“It’s scandalous that those same nurses who protected us during the pandemic are now using foodbanks and crying after their shifts because of the pressure they are under and the sense that they’re under-valued.

“The Labour Welsh Government need to live up to their purported values, by going back to the negotiating table and using all the powers that they have to deliver an improved pay offer for NHS nurses in Wales.

“Nurses are the backbone of our NHS, but they have been driven to desperation due to poor pay and woeful working conditions.

“I was proud to join RCN workers in Morriston today and last week in Baglan. It is only right that those who care for us should be cared for in return, and that’s why Plaid Cymru and I fully support the RCN’s calls and stand with nurses and all public sector workers in their call for fair pay and conditions.”