As Wimbledon Tennis Championships begin, Plaid Cymru MS for South Wales West, Sioned Williams has congratulated a group of Neath residents who have set about restoring the town's tennis courts on being recognized by the LTA (Lawn Tennis Association). at the organization's annual awards as one of the best Community Tennis Projects in the UK.

Neath Tennis was formed in 2018 by residents of the Dyfed Road area with the intention of re-opening tennis courts that had been closed for 10 years. In less than three years, the group of volunteers was successful in raising £130,000 from Tennis Wales and Sport Wales to resurface the courts and erect sturdy fencing. 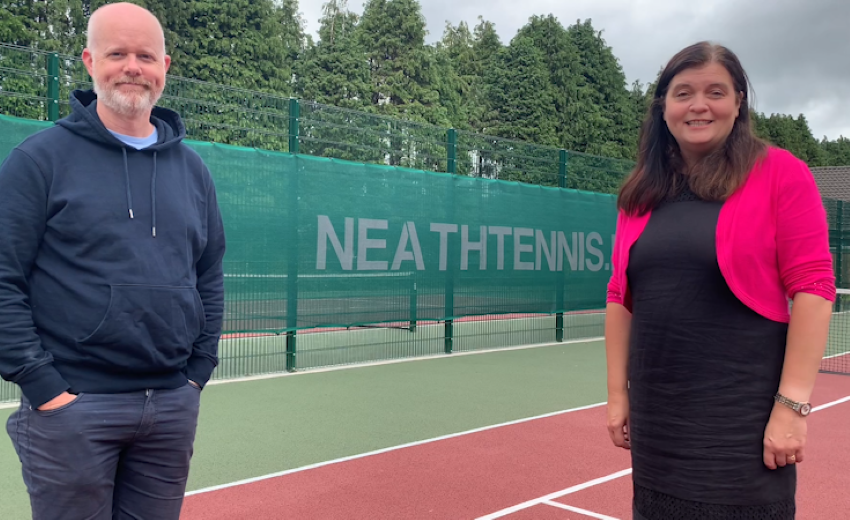 The group are very proud to have  made the facilities available to the whole community and has kept the cost of hiring a court accessible to all. The courts are used by the Urdd and local schools including Ysgol Gymraeg Castell-nedd who have played on the courts every day during this term. Tennis training sessions for children are organized regularly and an adult social tennis session is held every Saturday afternoon for those who want to play and make new friends.

“The project is an example of the power of a community working together to improve an area of ​​the town that had declined. Congratulations to everyone involved with Neath Tennis for their fantastic work in promoting tennis in the community and for the recognition the project has received. It's great to see that despite Covid's challenges, the courts are now open. ”

Neath Tennis is welcoming everyone who want to know more about the project to visit on Friday  2 July between 4pm and 7pm when there is an opportunity to visit the facilities and have a go at playing.