The first week of the new year in the Senedd has been a busy one as there have been lots of important points to raise with the Welsh Government regarding the crisis in the NHS and the ongoing Cost of Living Crisis. Here are some of the issues I have raised.

I asked the First Minister how the Welsh Government are tackling the multi year waiting lists for orthopaedic surgery and the long waits in A and E. A constituent has been waiting for *5 years* for two partial knee replacements! Westminster under-funding of Wales is a huge part of the problem, but health is a Welsh Government responsibility. Watch here. The Labour Welsh Government's plan to deal with the crisis in the NHS isn't working. Instead of blaming nurses for going on strike or the people of Wales for not looking after themselves better, they must learn the lessons of their own failures. Fast. Watch here

I called on the Education Minister to provide more support for students and apprentices on the national apprentice minimum wage of £4.81 per hour.

46% of single-parent households live in poverty. 86% of single parents in Wales are women. Thanks to the Co-operation Agreement with
Plaid Cymru, work is under way to expand free childcare as a way of protecting children and women in Wales from poverty and the Cost Of Living Crisis.I therefore asked the Minister for Social Justice if the work being done to expand free child care through the co-operation agreement with Plaid Cymru could be accelerated to help families cop. Watch here.
I spoke  about the need to ensure gender equality in local government. Only 36% of the councillors elected in the elections in 2022 were women. I asked what the Welsh Government are doing to achieve this. It's vital that our politics is representative of society. Watch here

I met with CWU workers who came to the Senedd to talk about the reasons for their dispute with the Royal Mail.

I appeared on S4C's Y Byd yn ei Le where I challenged the Labour Welsh Government on health on their record on Health. Labour says: "We can’t give this money to the NHS workers because there won’t be any money left to clear the backlog." Well, how can we clear the backlog without the workers? The workers are the NHS! Watch here.

You can read more of my Senedd speeches and questions here: Sioned Williams MS (senedd.wales) 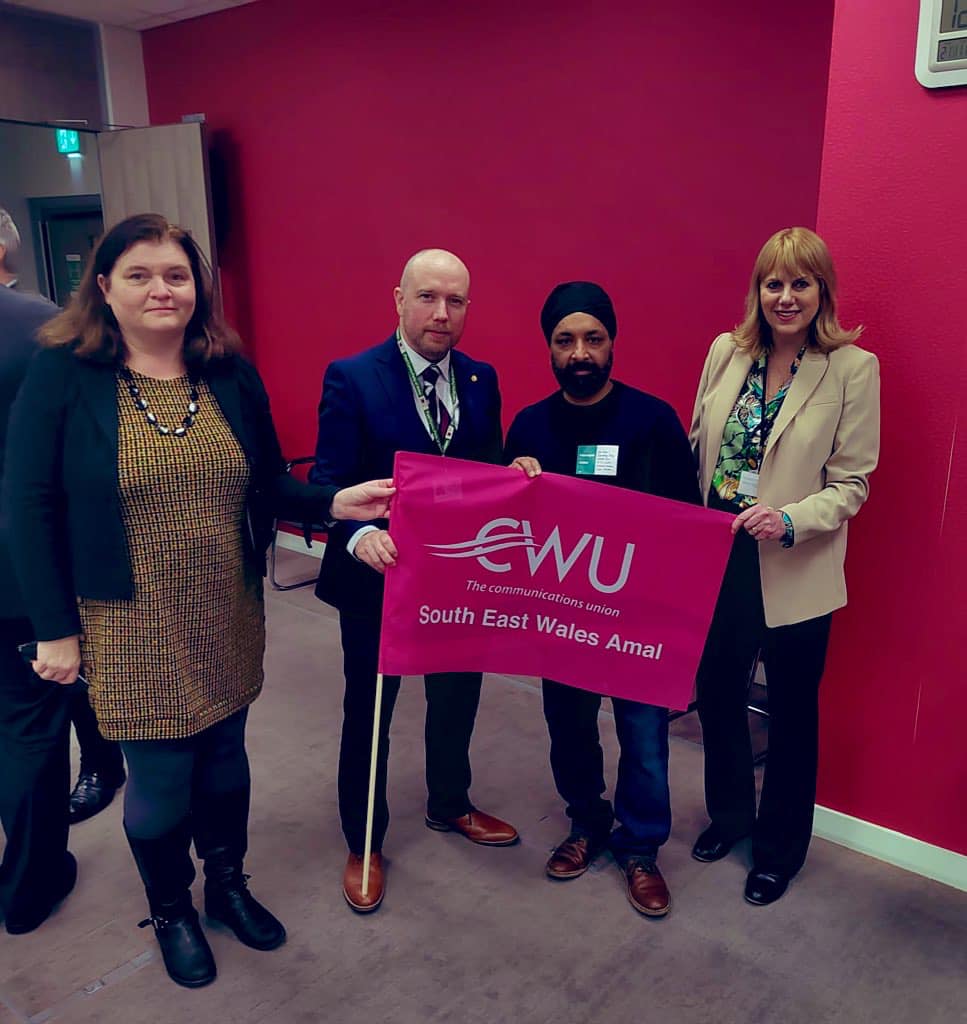