After a spate of troubling incidents in and around Gorseinon in the past few months, Plaid Cymru Member of Senedd for South Wales West MS Sioned Williams recently met with the local Neighbourhood Policing Team to discuss the on-going efforts to protect and support the local community. 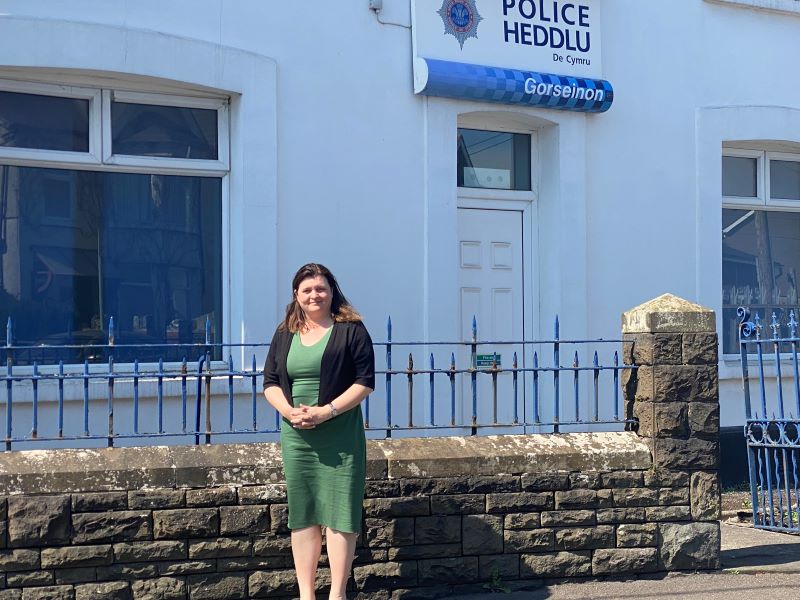 Sioned was glad to learn there had been some significant steps taken by the police and other organisations to engage local youths and improve outreach and youth services. Significantly, teenagers were asked what kind of provision they would like to see in the area which led to the creation of “The Barn” a safe, undercover venue where they can socialise.

“Responding to concerns raised by residents, I asked the police what measures were being taken to try and prevent anti-social behaviour in the Gorseinon area. It was good to see  positive and active measures being taken to protect the local community by engagi with residents, local businesses and the wider community, such as proving such as extra lighting in Argyll Gardens and a developing strategic patrol strategy.

“Staffing pressures have been an issue for the local police, but they say these are being addressed and believe their monthly strategy meetings with relevant stakeholders such as the fire service and youth workers have proved very beneficial. However, the police are increasingly having to deal with issues resulting from a lack of mental health provision, which is putting a strain on their resources.

“Developing youth services, creating more economic opportunities for our young people and investing in community mental health services is key to maintaining the wellbeing of our young people, which will in turn minimise crime and anti-social behaviour. I am therefore glad that through Plaid Cymru’s Cooperation Agreement, the Welsh Government will have a focus on supporting young peoples’ mental health and will tackle problems stemming from social deprivation.”