This comes after a long campaign, supported by Sioned Williams MS, by those directly affected by the tragedy which claimed the lives of four men in 2011. 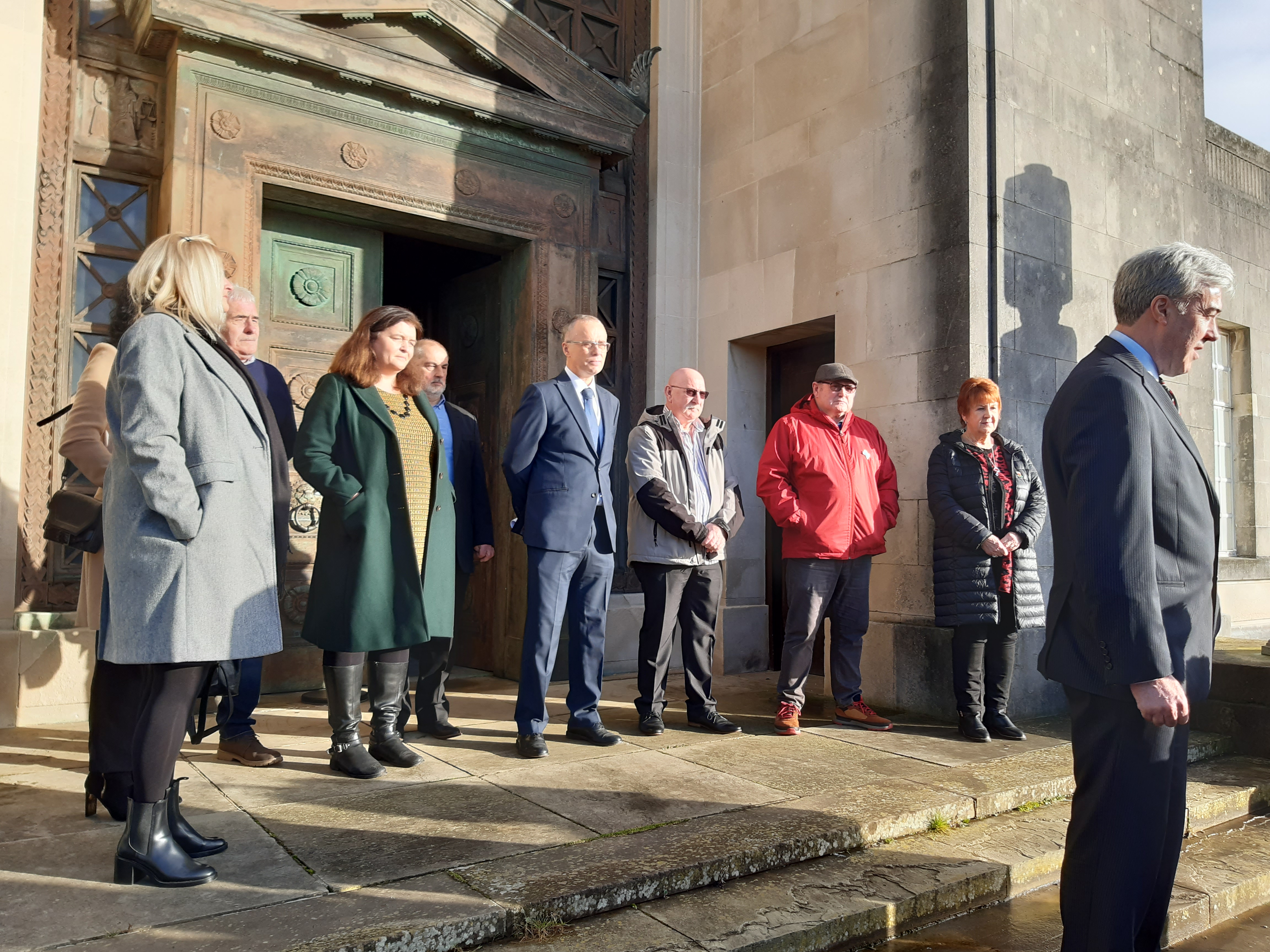 In October this year a protest was held in Cilybebyll, where Sioned Williams joined the victims’ families to urge the Coroner for Swansea and Neath Port Talbot to respond to the evidence presented to him back in April 2022. That evidence had suggested that years of alleged failures by the regulatory bodies may have resulted in operators illegally working coal and not recording it on the mine plans.

Sioned Williams today joined the families who gathered outside the Coroner’s Court to hear the announcement.

“Despite the absurd amount of time that it has taken to get to this point, I welcome today’s decision by the Coroner for Swansea and Neath Port Talbot to conduct a full inquest into the Gleision colliery disaster.

“For too long, the families have been sidelined, and their questions have remained unanswered. While today’s decision won’t bring back those who tragically lost their lives 11 years ago, a full inquest will hopefully provide those answers.

“In April, I joined the protest held by the victims’ families outside Swansea Guildhall when the case for a full inquest was presented in a document to the Coroner, and in October I joined them in a protest in Cilybebyll to urge the Coroner to respond to this evidence. Today’s decision to re-open an inquest provides some hope that the wishes of the families will finally now be listened to. All those linked to this terrible disaster, and the whole community, deserve answers as to what led to the deaths of Charles Breslin, David Powell, Philip Hill, and Garry Jenkins and to know whether their deaths could have been prevented.”

On 15th September 2011, following routine blasting in the Gleision Colliery near Cilybebyll, Pontardawe, thousands of gallons of water flooded into the tunnel where seven miners were working. Though three of the seven were able to escape to safety, four miners remained trapped. Despite efforts by the Mid and West Wales Fire Service and Mines Rescue, it was confirmed the following day that Charles Breslin, David Powell, Philip Hill, and Garry Jenkins had lost their lives.

Investigations followed and manslaughter charges were brought against both the site manager and MNS Mining Ltd., both were later found not guilty of all charges.

Despite this, questions remained over the operation of the mine over several years and what had led to the disaster. This was highlighted following a detailed independent investigation that identified a number of issues not previously looked into.

The families of the four men who lost their lives in the Gleision Disaster, the mine owners and elected representatives have long argued that this evidence further points to the need for a full inquest, which was originally opened and then adjourned in 2013.

In October 2022, the Coroner heard legal arguments from the barrister engaged to represent those calling for him to open a full inquest.