South Wales West MS, Sioned Williams, has backed calls for an inquest into the 2011 Gleision Mining Disaster that claimed the lives of four mineworkers.

On 15th September 2011, following routine blasting in the Gleision Colliery near Cilybebyll, Pontardawe, thousands of gallons of water flooded into the tunnel where seven miners were working. Though three of the seven were able to escape to safety, four miners remained trapped. Despite efforts by the Mid and West Wales Fire Service and Mines Rescue, it was confirmed the following day that Charles Breslin, David Powell, Philip Hill, and Garry Jenkins had lost their lives.

Investigations followed and manslaughter charges were brought against both the site manager and MNS Mining Ltd., both were later found not guilty of all charges.

Despite this, questions remain over the operation of the mine over several years and what caused the disaster. This was highlighted following a detailed independent investigation that identified a number of troubling issues not previously looked into.

Sioned Williams MS, who recently met some of the bereaved families and survivors, said.

“It has been over ten years since the waters flooded the Gleision Colliery and four men tragically lost their lives. Ten years of shock, ten years of loss, of grief and of many questions but few answers. For the community and, most importantly, the families who lost loved ones, it is essential that a proper inquest is held so that they can finally get answers to what exactly happened that day and in the days leading up to it.”

Sioned Williams MS is contacting the Coroner’s office for Swansea and Neath Port Talbot urging them to complete a full public inquest that was originally opened and adjourned in 2013.

Cllr Alun Llewelyn, councillor for Ystalyfera and Leader of the Plaid Cymru Group of Councillors in Neath Port Talbot said.

“Along with Sioned, I have met with relatives of victims of this horrific tragedy and back their calls for a public inquest. Years have passed with no explanation as to many of the events surrounding that day. Ten years is far too long a wait for answers.”

In September 2021, an anniversary memorial was held at Rhos Community Centre where ten years previously family members gathered to await news, and at Tarenni in Godre’rgraig in the shadow of the abandoned mine. A dram and memorial seat were unveiled as a permanent reminder of the disaster and the four men who lost their lives. 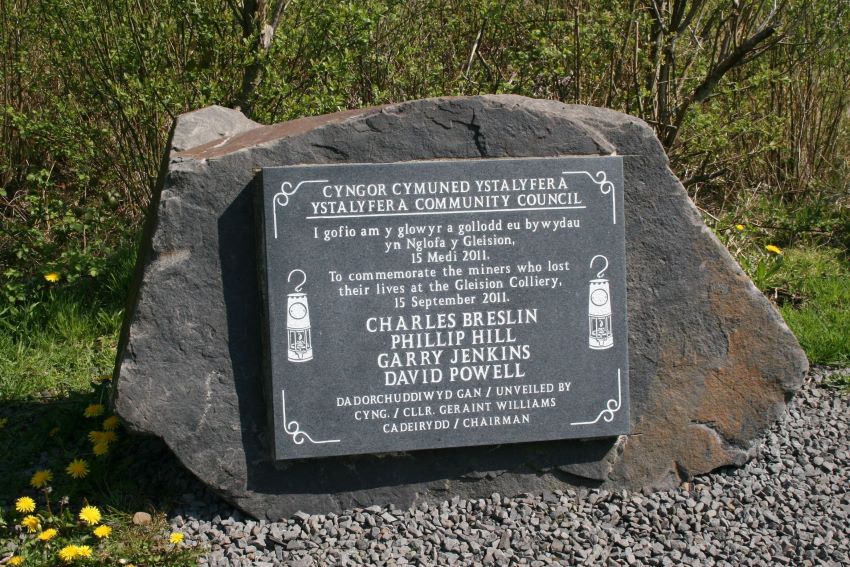