This week, Plaid Cymru and the Welsh Government announced a 3 year capital budget investment of £102 million in flood risk management as part of the Cooperation Agreement. 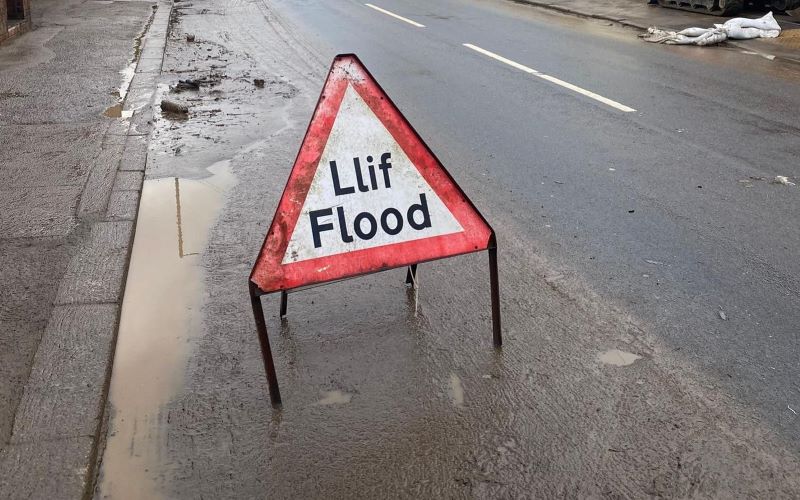 This funding aims to help support at risk communities through the delivery of vital flood defences. This will come alongside a vital revenue budget which will also support the full range of flood management work we need across the country.

Schemes across South Wales West will benefit from this funding, including Cryddan Brook in Neath, Pentrebeili Place in Lewistown and Killay Square in Swansea.

“I am delighted that Plaid Cymru, as part of the Cooperation Agreement with the Welsh Government, has succeeded in securing extra funding to tackle flooding in South Wales West and across the country. As the effects of climate change get worse, which they indeed will within our lifetime, and the lifetimes of Welsh people to come, more areas will be affected by more flooding. More people will begin to worry when it starts to rain – worry that their homes, their businesses, their communities, will be devastated by floodwater.

“The Welsh Government now also needs to increase investment in natural flood management. While ‘hard flood defences’, such as flood defence walls, are necessary to protect properties, not enough emphasis has been placed on restoring nature as part of reducing flood risk, such as the full restoration of peatlands, and salt marshes, tree planting, reintroduction of beavers, and increasing green spaces and water storage areas in urban areas, including removing hard surfacing to enhance drainage. Only by including these measures in our flood defence approach will we be able to mitigate the effects of, and actually prevent, flooding in the long-run.

“In addition, much more support is needed to help vulnerable at-risk households make their homes flood-resilient and ensure they are adequately insured so they can recover from a flood.”