Plaid Cymru’s spokesperson for Social Justice and Equalities, Sioned Williams MS, has today urged the Welsh Government to “act now" to mitigate Westminster cuts to Universal Credit, as the £20 weekly uplift in Universal Credit comes to an end.

The £1,040 annual cut to the budgets of households in receipt of Universal Credit is going ahead today for some 275,000 people in Wales despite widespread warnings of the detrimental impact it will have on people living in poverty.

Speaking at the Senedd today, Sioned Williams, Plaid Cymru MS for South Wales West, called on the Welsh Government to do more to tackle poverty and to back Plaid Cymru’s calls to devolve welfare powers to Wales. 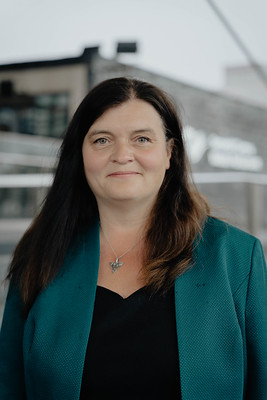 “Today's cut comes as living costs in Wales are rising, household energy costs are rocketing and household debt is deepening. As the duty of the Welsh Government is to the people of Wales, it must act now to mitigate the effects of this disastrous decision on 275,000 of Wales’s poorest households; a failure to do so would be a gross abdication of this basic responsibility.

“The Welsh Government also needs to outline its plans to spend the additional £25m that’s been made available – this money could be spent, for example, helping indebted energy customers, many of whom will have been affected by Westminster’s decision to cut Universal Credit.

“I have also called on the Welsh Government to finally back widespread calls for the devolution of welfare powers to Wales so that we can provide a decent life for all. My message to Mark Drakeford is simple: don’t leave our most vulnerable at the mercy of the Tory Westminster Government. Westminster has never cared about the people of Wales and it never will.”