Following the partial collapse of a weir in 2015, the canal lost its primary source of water. Pumps were eventually installed to feed water directly from the River Neath, however, earlier last year the pumps were shut down and water flow into the canal was once again disrupted. Without water to feed the canal and maintain the flow, there are fears that the canal will become stagnant and that levels will drop once the warmer weather returns.

In response to growing worry from residents, Sioned Williams has said;

“Many residents have written to myself and other elected representatives regarding their concerns for the future of the Tennant Canal. I both share their concerns and support their call for urgent action to be undertaken. I have recently written to relevant stakeholders, including Neath Port Talbot Council, Natural Resources Wales, and the canal owners to ask that all efforts are taken to safeguard the canal. I also raised this in a meeting with the Leader, Deputy Leader and Chief Executive of Neath Port Talbot Council.”

“The Tennant Canal is not just an irreplaceable piece of our heritage, it is a true community asset that is enjoyed by many locals and visitors each year. It is also an important environmental site, and I recently met with representatives of conservation charity Buglife in my capacity as the Species Champion for the Fen Raft Spider to discuss the canal’s position as a breeding ground for this rare spider and the potential impact reduced water levels would have on biodiversity.”

“Failure to act now will lead to this beautiful canal being lost for future generations, and would also carry an enormous negative impact socially, historically, economically and environmentally. It is therefore vital that pumps are reinstalled as an interim measure while work is undertaken to repair the damaged section of the weir.”

Closure of nearby industrial sites that required water from the canal has resulted in a loss of income for the owners, impacting on the levels and sustainability of investment. Without ongoing investment in maintenance and improvements, it is feared that this near two hundred year old canal could be lost.

More information about the Save the Tennant Canal campaign can be found on their Facebook page, or on their website, www.savethetennantcanal.co.uk. 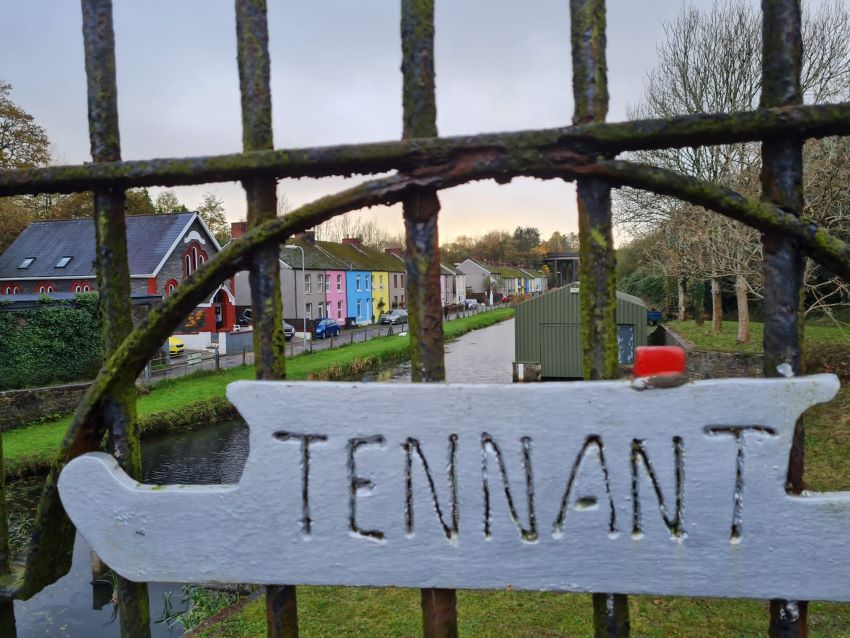