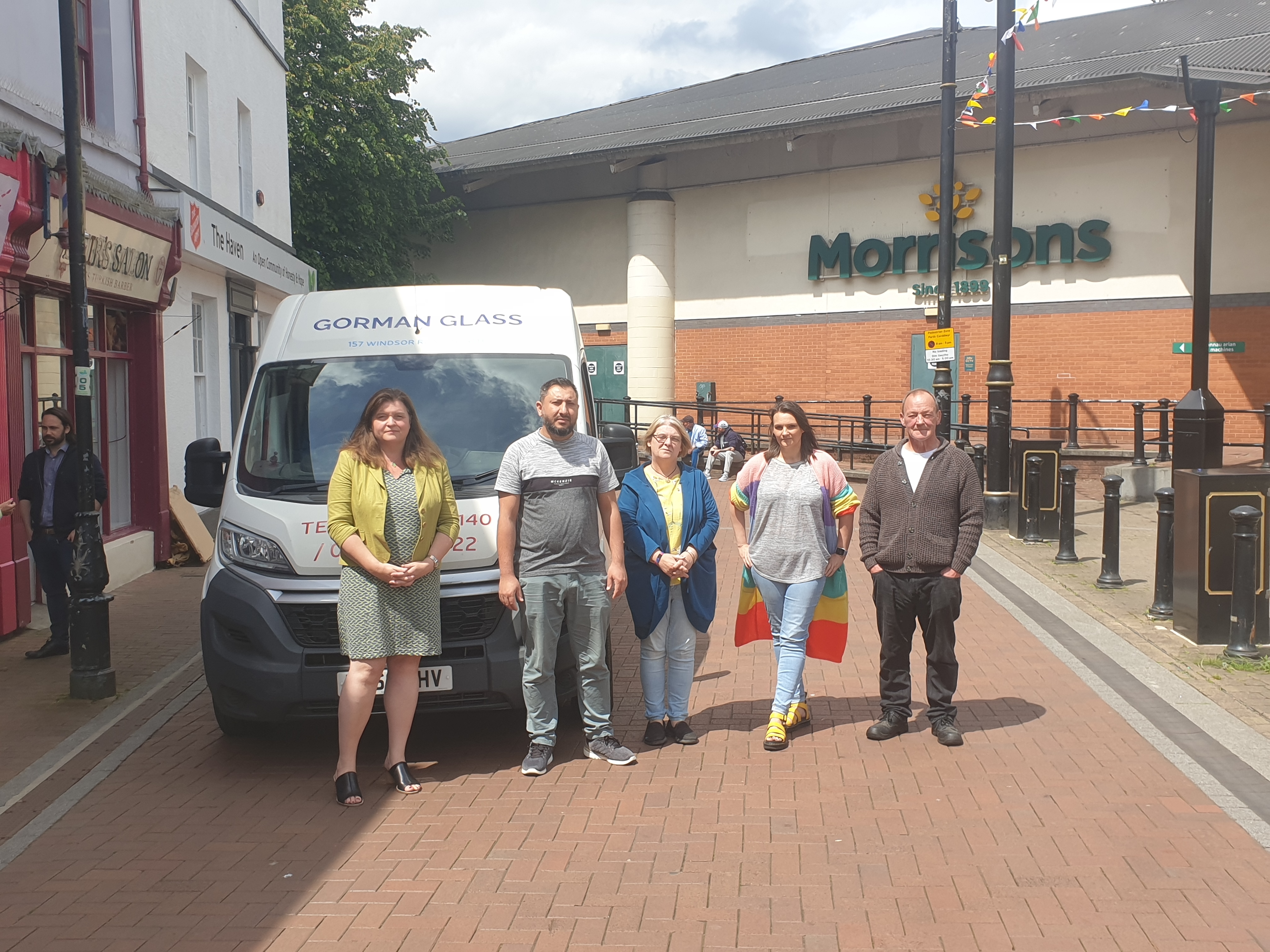 Yesterday morning, Emir’s Salon on Angel Street was discovered to have had its windows smashed overnight and money and equipment stolen. This is latest in a number of similar incidents in this area of Neath town centre in recent weeks.

“It’s been terrible for us. We lost a full day of trading yesterday and are having to pay excess for all the glass. And this is not a one-off: incidents of anti-social behaviour have increased in the past few weeks in Neath, affecting other local businesses and making residents feel unsafe in their own community.

“This is our place of work – it’s not fair or reasonable to expect us to work under such conditions, and neither is it fair on our customers or those living in the area.

“Action needs to be taken to prevent these sorts of incidents in the first place, more CCTV cameras need to be put in place, and the police needs to communicate more regularly with local businesses such as ours so that they can be informed about what’s going on in our town centre and properly get to grips with this increasing problem of anti-social behaviour.”

Sioned Williams also spoke to the owners of Smashed Raspberry, Aura and Annie’s Tearooms on Angel Street, who all expressed similar concerns regarding anti-social behaviour and a lack of CCTV coverage. The owners complained of “a real decline in the town in the last couple of months” due to incidents of “shouting, fighting and intimidating behaviour”, and described the street as “a lovely area that is being slowly ruined.” The business owners have also called for ball games to be banned in the area and for more regular police patrols.

Sioned Williams is taking these concerns to the Police and Neath Port Talbot Council.

“The police have confirmed to me that there has been an increase in youth related incidents of both crime and anti-social behaviour in Neath town centre, but state they have limited evidence, which supports the business owners calls’ for the need for better CCTV coverage and more regular patrols. There have also been long delays before the police are able to respond to reported incidents. Business owners told me they feel under siege, and are now having to stay in their businesses after hours to ensure no damage is done.

“Action needs to be taken urgently by both the police and the Local Authority to ensure our local businesses are supported and that their trade isn’t affected by this. I was glad to hear that the police have requested outreach work from youth services and secured additional funding to help combat these issues. All agencies must work together to ensure all want to see a thriving, lively and safe town centre.”