Plaid Cymru MS for South Wales West, Sioned Williams has expressed her "disappointment" in the First Minister's "unsatisfactory" response to concerns raised about the Welsh Government's school reorganisation plans in the Swansea Valley.

Responding to the First Minister’s reply to her letter, Sioned Williams said:

"I am very disappointed by the First Minister's wholly inadequate, and quite frankly unsatisfactory response to my letter opposing the closure of three primary schools in the Swansea Valley. I had asked the Welsh Government to do all in its power to reverse NPT Council's decision, however Mark Drakeford's reply does not commit to doing this nor does it adequately answer any of my concerns regarding the detrimental effect of NPT Council's decision on the Swansea Valley communities I represent.

"It's clear to me that the decision to close three Swansea Valley primary schools will: break the link between education and the local community, lead to less education provision for children from disadvantaged backgrounds, a decline in air quality due to more congestion and traffic, a reduction in local green spaces and negatively impact the Welsh language. The drawbacks of the plans are clearly overwhelming and warrant an intervention from the Welsh Government.

Click here to read Sioned Williams' letter to the Welsh Government and see below for the First Minister's response: 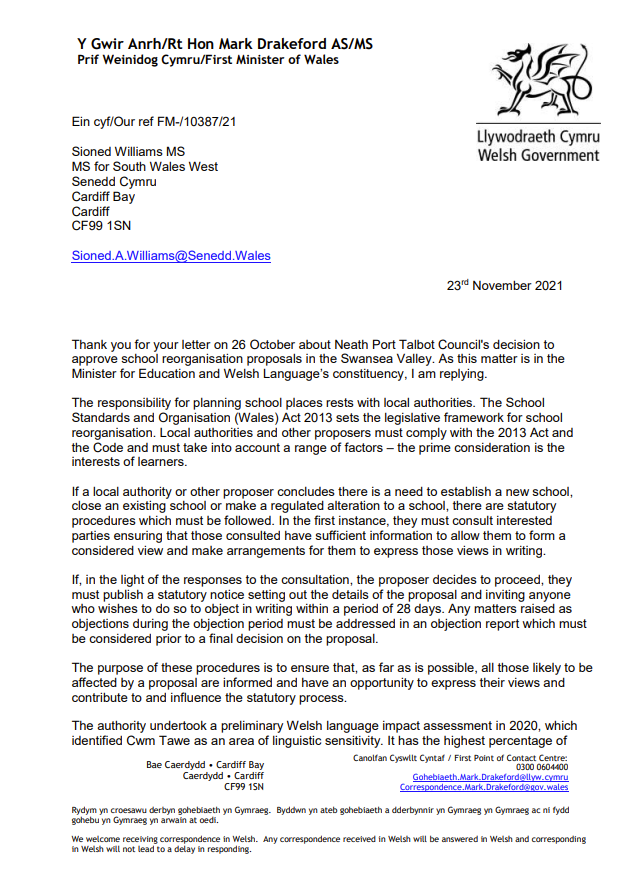 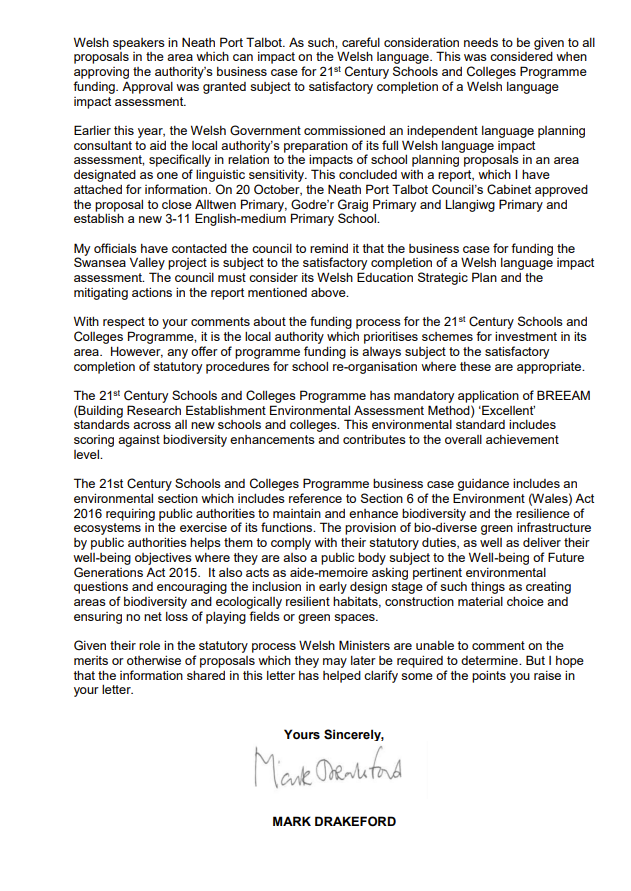