At a meeting of the Council cabinet on the 20th October, NPT Council Cabinet voted in favour of closing Alltwen, Godre'rgraig and Llangiwg primary schools in the Swansea Valley, none of which are either small or failing, and to establish an English-medium ‘super’ 3-11 school in Pontardawe in their place.

In her letter to the Education Minister, Sioned Williams said:

“These plans are completely flawed for a variety of reasons and contravene a number of Government policy objectives: they would break the link between education and the local community that is prioritised in the new Curriculum, they would lead to less education provision for children from disadvantaged families, more congestion and traffic and therefore a decline in air quality, a reduction in local green spaces and would be destructive to the Welsh language. I therefore call on the Welsh Government to intervene in this decision.

“This decision is very unpopular locally and is considered contemptuous and undemocratic. The vast majority of parents and residents who responded to the consultation object to the plans. I believe that ignoring this significant level of local opposition is an omission by the Council and suggests that they are not taking the views of local people - their own constituents - seriously.”

Sioned Williams also expressed her concerns in the letter that the plans would “undermine” the Government’s 2050 Welsh language strategy.

“Statistics included in the Council's own document indicate that there was a significant fall in Welsh speakers in the Swansea Valley between 2001 and 2011, and the likelihood is that the loss will continue in the face of a lack of language recovery measures in the area. This plan will contribute to continuing the decline over the next ten years and into the future, contrary to the strategic objectives of Government and the Council itself.

“The decision is flawed from every angle and would have a detrimental effect on local education, the local community, our most disadvantaged pupils and on the Welsh language." 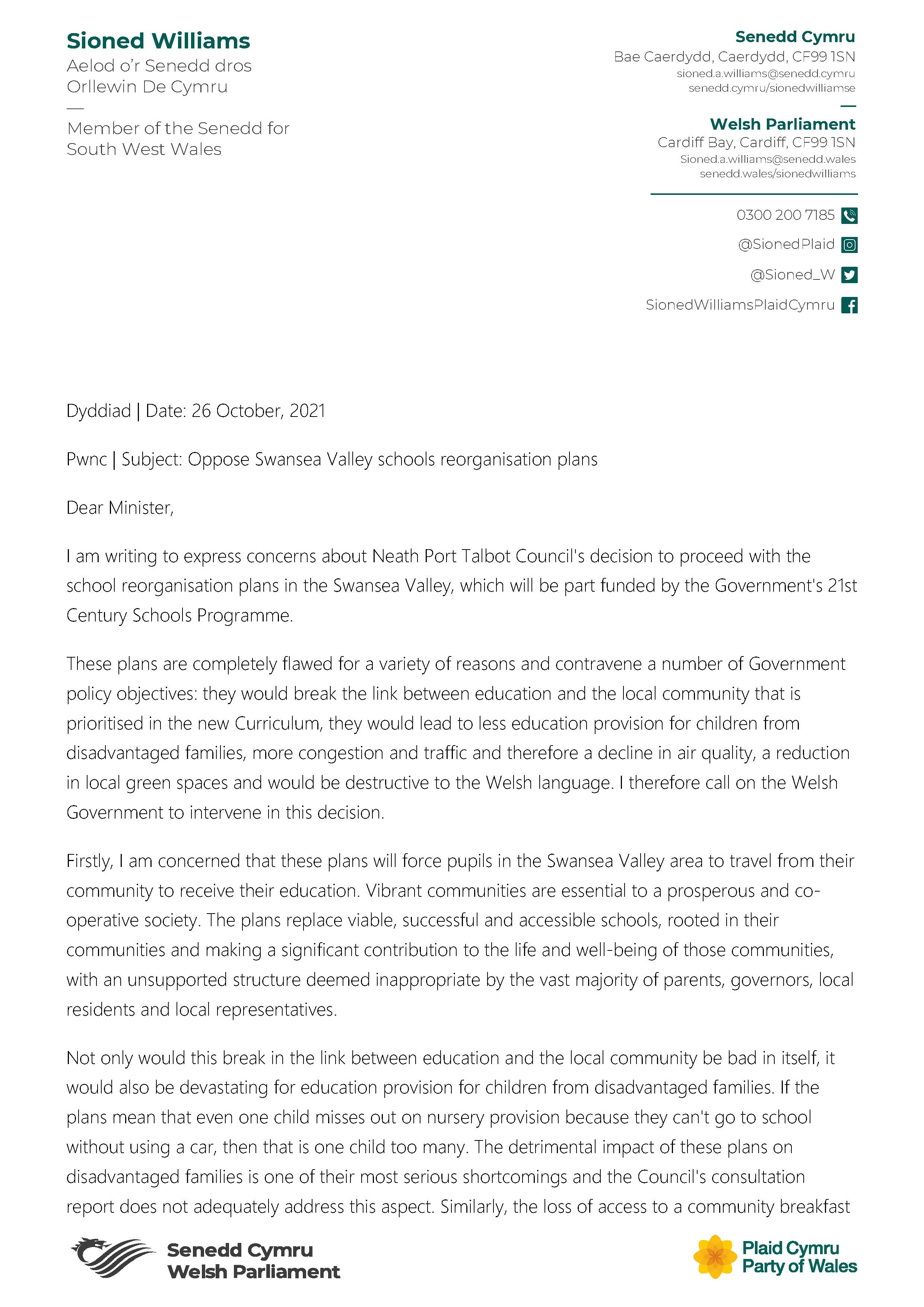 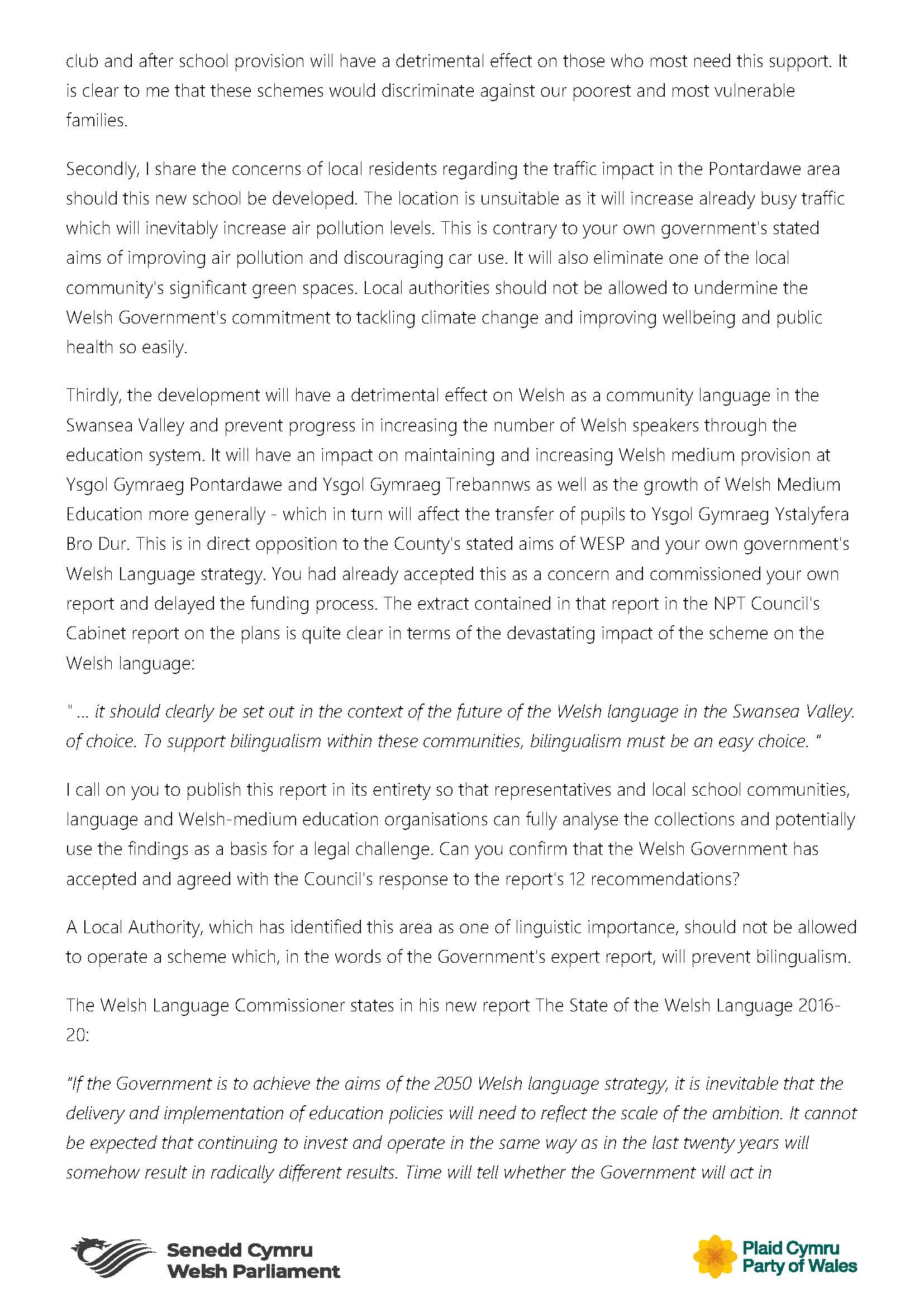 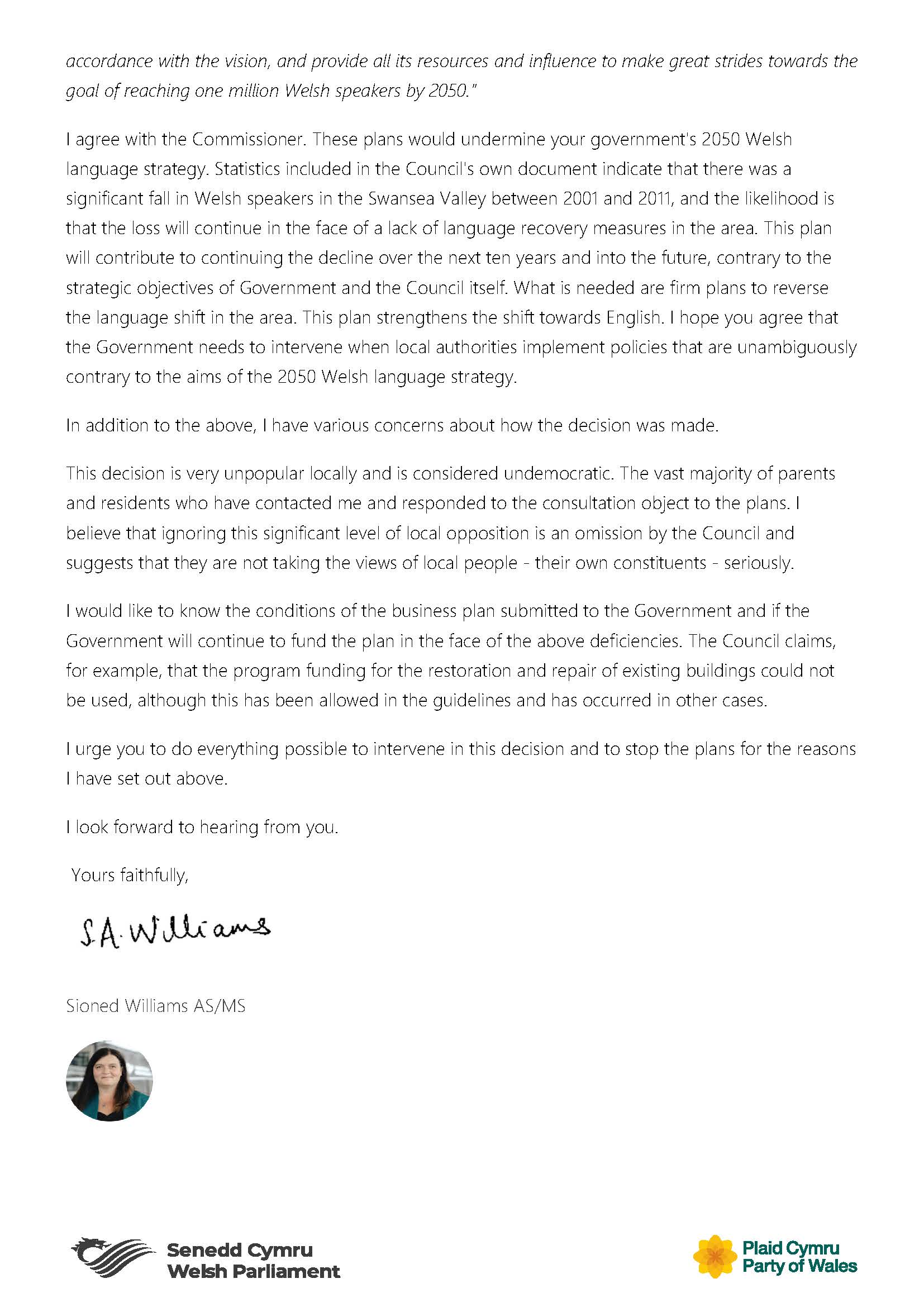